The Pocket Wife: A Novel
(eBook)

A stylish psychological thriller with the compelling intrigue of The Silent Wife andTurn of Mind and the white-knuckle pacing of Before I Go to Sleep—in which a woman suffering from bipolar disorder cannot remember if she murdered her friend.

Dana Catrell is shocked when her neighbor Celia is brutally murdered. To Dana’s horror, she was the last person to see Celia alive. Suffering from mania, the result of her bipolar disorder, she has troubling holes in her memory, including what happened on the afternoon of Celia’s death.

Her husband’s odd behavior and the probing of Detective Jack Moss create further complications as she searches for answers. The closer she comes to piecing together the shards of her broken memory, the more Dana falls apart. Is there a murderer lurking inside her . . . or is there one out there in the shadows of reality, waiting to strike again?

A story of marriage, murder, and madness, The Pocket Wife explores the world through the foggy lens of a woman on the edge.

Description
She was there. She was involved in Celia's day, although she isn't sure exactly how. She had far too much to drink. And then the incredible death—the shocking, horrible, inconceivable death, sticking like a dagger in her heart. She closes her eyes and tries to remember the last thing she said to Celia. She thinks it was "I don't ever want to see you again." Dana Catrell's life is in chaos. She's married to a lawyer who makes her feel trivial, as if stuck inside his pocket like loose change. She's also sliding toward the brink of insanity. Devastated by mania, part of her bipolar disorder, Dana finds that there are troubling holes in her memory, including what happened on the afternoon of her friend Celia's death. She's horrified to learn she's the only other person with a key to Celia's house—and the last person to see her alive. She and Celia had shared recipes and gossip. But not secrets—until that final afternoon. Closing her eyes, Dana can see images, loose pieces of a hazy puzzle. Sangria in a glass, a tiny rip in Celia's screen door, Celia lying in a pool of blood, the broken vase beside her head, the kitchen knife just so above her hand. But there are infuriating, terrifying gaps. Is murder on her mind—or is it all in her head? As evidence starts to point in her direction, Dana will use the clarity her mania brings her to fill in the blanks and clear her name before her demons win out. But her husband's odd behavior and the persistent probing of Detective Jack Moss complicate Dana's search for answers. The closer she comes to piecing together shards of her broken memory, the closer Dana comes to falling apart. Is there a killer lurking inside her . . . or is there one out there in the shadows of reality, waiting to strike again? A story of marriage, murder, and madness, The Pocket Wife is a sophisticated, gripping tale of psychological suspense that explores the world through the foggy lens of a woman on the edge.
Target Audience
General adult.
Similar Series From NoveList
Similar Titles From NoveList
Similar Authors From NoveList
Librarian Reviews
Published Reviews
Reviews from GoodReads
Loading GoodReads Reviews.
Tagging
Tags:

Note! Citation formats are based on standards as of July 2010. Citations contain only title, author, edition, publisher, and year published. Citations should be used as a guideline and should be double checked for accuracy.
Staff View
Grouped Work ID:
d23d9dbe-e3a2-2833-2913-57da22eba7f8
Go To GroupedWork 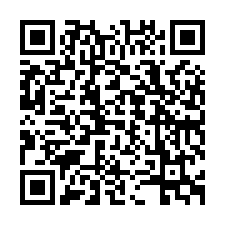