The unrelenting cheer in Fool's Gold, California, is bringing out the humbug in dancer Evie Stryker. She learned early on that Christmas miracles don't happen, at least not for her. And this year seems like no exception. An injury has forced her to return to the family fold, no matter that they're estranged. She won't add to the awkward scenario by being seduced by the bad-boy charms of her brother's best friend, the last man she should ever want to date. Even when she's recruited to stage the Fool's Gold winter festival, she vows to do as promised, then move forward with her life anywhere but here.

Jaded lawyer Dante Je?erson is getting used to the backwater town he now reluctantly calls home, but the pounding of little dancers' feet above his temporary office is more than any man should have to take! When he confronts their gorgeous teacher, he's unprepared for the attraction that sears him down to the soul. Evie is his best friend's sister—o?-limits unless he's willing to risk his heart. Dante has always believed that love is the most dangerous force in the universe, but that was before he had to reckon with the magic of a certain small town, where miracles do seem to happen…. 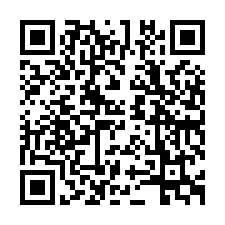