Description
It came in a plain brown wrapper, no return address - an audiocassette recording of a horrifying, soul-lacerating scream, followed by the sound of a childlike voice delivering the enigmatic and haunting message:
"Bad love. Bad love. Don't give me the bad love..."
For Alex Delaware, the chant, repeated over and over like a twisted nursery rhyme, is the first intimation that he is about to enter a living nightmare. Others soon follow: disquieting laughter echoing over a phone line that suddenly goes dead, a chilling trespass outside his home in the middle of the night, a sickening act of vandalism. He has becoine the target of a carefully orchestrated campaign of vague threats and intimidation rapidly building to a crescendo as harassment turns to terror, mischief to madness.
Searching his memory for the phrase "bad love," Alex recalls a symposium he attended over a decade ago commemorating the work of Dr. Andres de Bosch, the celebrated child psychologist who ran a clinic for troubled adolescents. With the help of his friend LAPD detective Milo Sturgis, Alex discovers a seemingly random series of violent deaths - a hit-and-run, a "suicidal" leap from a high rise, and a brutal mutilation-murder - that may somehow be related to de Bosch.
As he delves deeper into the history of the clinic, the escalating pattern of violence becomes inescapably clear. And if Alex fails to decipher the twisted logic of the stalker's mind games, he will be the next to die. Taut, penetrating, terrifying, Bad Love is vintage Kellerman.
Also in This Series 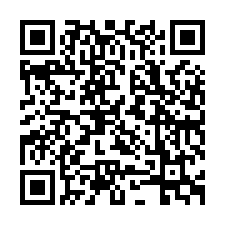