Description
Munich: The writer Benjamin Stern entered his flat to see a man standing there, leafing through his research, and said, "Who the hell are you?" In response, the man shot him. As Stern lay dying, the gunman murmured a few words in Latin, then he gathered the writer's papers and left.

Venice: The art restorer Gabriel Allon applied a dab of paint carefully to the Bellini, then read the message thrust into his hands. Stern was dead; could he leave right away? With a sigh, the Mossad agent began to put his brushes away.

The Vatican: The priest named Pietro paced in the garden, thinking about the things he had discovered, the enemies he would make, the journey before him. Men would surely die, and he wished another could take it for him. But he knew that was not possible. In the weeks to come, the journeys of all three men will come together, following a trail of long-buried secrets and unthinkable deeds, leaving each one forever changed. And with them, the lives of millions . . .

Filled with rich characters, remarkable prose, and a multilayered plot of uncommon intensity, this is the finest work yet by a new master of the art.
Also in This Series 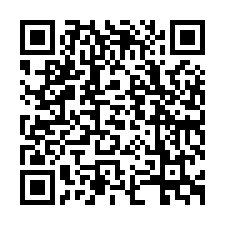