Cicero: The Life and Times of Rome's Greatest Politician 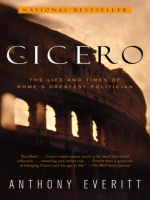 Description
In this biography, Anthony Everitt plunges us into the world of ancient Rome in its most glorious heyday. Accessible to us through his legendary speeches but also through an unrivaled collection of unguarded letters to his friend Atticus, Cicero comes to life in these pages as a witty and cunning political orator.
Cicero leapt onto the public stage at twenty-six, came of age during Spartacus' famous revolt of the gladiators and presided over Roman law and politics for almost half a century. He foiled the legendary Cataline conspiracy, advised Pompey, the victorious general who brought the Middle East under Roman rule, and fought to mobilize the Senate against Ceasar. He witnessed the conquest of Gaul, the civil war that followed and Caesar's dictatorship and assassination. Cicero was a legendary defender of freedom and a model, later, to French and American revolutionaries who saw themselves as following in his footsteps in the resistance to tyranny.
Cicero was a wily political orator. As a lawyer, he knew no equal. Boastful, often incapable of making up his mind, emotional enough to wander through the woods weeping when his beloved daughter died in childbirth, he emerges in these pages as intensely human, yet he was also the most eloquent and astute witness to the last days of the Republican Rome.
Also in This Series 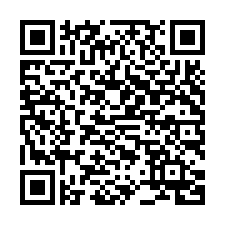