Description
A smart and successful young attorney, Gail Connor is on the verge of a partnership at a major law firm in the "new" Miami, a city more Latin than Anglo, with a dark side that slides right into the Everglades. But Gail's success at work has masked failure in her personal life: an empty marriage, a daughter she hardly knows, and a past she would rather forget. Then her sister, Renee, is found dead with her wrists slashed.
This riveting, high-tension legal thriller written by a former prosecutor draws us into hot and dangerous Miami, where Gail Connor is about to discover the other side of the law. After Renee's suicide, Gail, left to sort out her complicated feelings for her younger, prettier sister, soon uncovers some of Renee's shocking secrets. But most shocking of all is the police's determination that Renee was murdered...and Gail is the prime suspect.
Gail's only hope is getting the best attorney she knows - her recent adversary in court, Anthony Quintana. But in what may be a major miscalculation for an otherwise street-smart woman, Gail finds herself drawn to her darkly handsome lawyer, a man whose past holds its own surprises. Caught between the closing jaws of the legal system and her own careening emotions, Gail Connor's desperate struggle takes her from the steamy Everglades to the mansions of the wealthy Cubans who had made their mark on South Florida...and into a fight not only for her crumbling career, but for her life.
From an insider who knows the shady underside of Miami and it criminal justice system, Barbara Parker's riveting, page-turning legal thriller is not to be missed.
Also in This Series 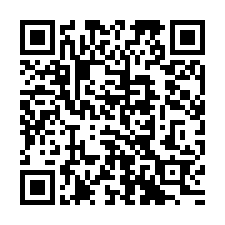