Description
With Naked Prey, John Sandford proved again that his writing is as fresh and compulsively readable as ever. "This is vintage Sandford, which is to say all but impossible to put down," said The Washington Post. "Sprawling, suspenseful, tough-minded [and] sheer fun."

Six months ago, Lucas Davenport tackled his first case as a statewide troubleshooter, and he thought that one was plenty strange enough. But that was before the Russian got killed. On the shore of Lake Superior, a man named Vladimir Orslov is found shot dead, three holes in his head and heart, and though nobody knows why, everybody-the local cops, the FBI, and the Russians themselves-has a theory. And when it turns out he had very high government connections, that's when it hits the fan.

A Russian cop flies in from Moscow, Davenport flies in from Minneapolis, law enforcement and press types swarm the crime scene-and, in the middle of it all, there is another murder. Is there a relationship between the two? What is the Russian cop hiding from Davenport? Is she-yes, it's a woman-a cop at all? Why was the man shot with . . . fifty-year-old bullets? Before he can find the answers, Davenport will have to follow a trail back to another place, another time, and battle the shadows he discovers there-shadows that turn out to be both very real and very deadly.
Also in This Series 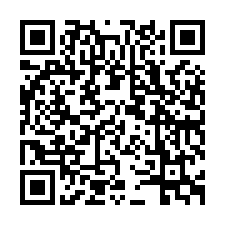