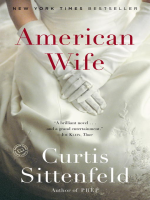 Description
On what might become one of the most significant days in her husband’s presidency, Alice Blackwell considers the strange and unlikely path that has led her to the White House–and the repercussions of a life lived, as she puts it, “almost in opposition to itself.”

A kind, bookish only child born in the 1940s, Alice learned the virtues of politeness early on from her stolid parents and small Wisconsin hometown. But a tragic accident when she was seventeen shattered her identity and made her understand the fragility of life and the tenuousness of luck. So more than a decade later, when she met boisterous, charismatic Charlie Blackwell, she hardly gave him a second look: She was serious and thoughtful, and he would rather crack a joke than offer a real insight; he was the wealthy son of a bastion family of the Republican party, and she was a school librarian and registered Democrat. Comfortable in her quiet and unassuming life, she felt inured to his charms. And then, much to her surprise, Alice fell for Charlie.

As Alice learns to make her way amid the clannish energy and smug confidence of the Blackwell family, navigating the strange rituals of their country club and summer estate, she remains uneasy with her newfound good fortune. And when Charlie eventually becomes President, Alice is thrust into a position she did not seek–one of power and influence, privilege and responsibility. As Charlie’s tumultuous and controversial second term in the White House wears on, Alice must face contradictions years in the making: How can she both love and fundamentally disagree with her husband? How complicit has she been in the trajectory of her own life? What should she do when her private beliefs run against her public persona?

In Alice Blackwell, New York Times bestselling author Curtis Sittenfeld has created her most dynamic and complex heroine yet. American Wife is a gorgeously written novel that weaves class, wealth, race, and the exigencies of fate into a brilliant tapestry–a novel in which the unexpected becomes inevitable, and the pleasures and pain of intimacy and love are laid bare.

“Curtis Sittenfeld is an amazing writer, and American Wife is a brave and moving novel about the intersection of private and public life in America. Ambitious and humble at the same time, Sittenfeld refuses to trivialize or simplify people, whether real or imagined.”
–Richard Russo

“What a remarkable (and brave) thing: a compassionate, illuminating, and beautifully rendered portrait of a fictional Republican first lady with a life and husband very much like our actual Republican first lady’s. Curtis Sittenfeld has written a novel as impressive as it is improbable.”
–Kurt Andersen
Also in This Series 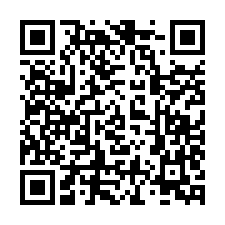 NAMED ONE OF THE TEN BEST BOOKS OF THE YEAR: Time • People • Entertainment Weekly

A kind, bookish only child born in the 1940s, Alice Lindgren has no idea that she will one day end up in the White House, married to the president. In her small Wisconsin hometown she learns the virtues of politeness, but a tragic accident when she is seventeen shatters her identity and changes the trajectory of her life. More than a decade later, when the charismatic son of a powerful Republican family sweeps her off her feet, she is surprised to find herself admitted into a world of privilege.

And when her husband unexpectedly becomes governor and then president, she discovers that she is married to a man she both loves and fundamentally disagrees with—and that her private beliefs increasingly run against her public persona. As her husband’s presidency enters its second term, Alice must confront contradictions years in the making and face questions nearly impossible to answer.