Description
A gripping, action-packed short story available only as an eBook—from a master of character, crime, and urgent suspense.

Will Trent, a dedicated agent with the Georgia Bureau of Investigation for fifteen years, knows that there’s definitely such a thing as a cop’s intuition. Which is why he should have listened to his own.

While in an airport restroom at Atlanta’s Hartsfield-Jackson International, Will overhears a girl’s pleading, plaintive voice: “Please, I wanna go home.”Something isn’t right here, thinks Will. He feels it in his gut. But he waits too long to act, and now the girl and the anxious, angry man she’s with have disappeared into the crowds at the busiest passenger airport in the world.

After a desperate search and with time running out, Will makes a call to his supervisor, Amanda Wagner. Will’s partner, Faith Mitchell, immediately sends out an abducted child alert. The entire airport will soon be grinding to a halt: Almost 100 million passengers a year. Five runways. Seven concourses. Six million square feet of space that sprawled across two counties, three cities, and five jurisdictions. All shut down on a dime because Will has a hunch that he is certain is true: a girl, maybe six or seven years old, has been snatched from God knows where. And he intends to bring her back—no matter what it takes.

PRAISE FOR THE CRIME FICTION OF KARIN SLAUGHTER

“Karin Slaughter is one of the best crime novelists in America.”—The Washington Post

“Crime fiction at its finest.”—Michael Connelly

“Slaughter writes with a razor. . . . Better than Cornwell can ever hope to be.”—The Plain Dealer

“Slaughter will have you on the edge of your seat.”—Seattle Post-Intelligencer

“One of the boldest thriller writers working today.”—Tess Gerritsen 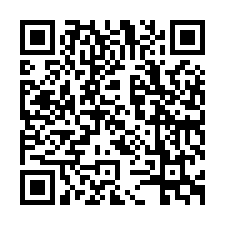