Description
An unassuming family struggles to keep up with the ruthless pace of progress in 'a genuinely brilliant novel' from a Nobel Prize winner (Chicago Tribune).

Cipriano Algor, an elderly potter, lives with his daughter Marta and her husband Marçal in a small village on the outskirts of The Center, an imposing complex of shops, apartments, and offices. Marçal works there as a security guard, and Cipriano drives him to work each day before delivering his own humble pots and jugs. On one such trip, he is told not to make any more deliveries. People prefer plastic, apparently.

Unwilling to give up his craft, Cipriano tries his hand at making ceramic dolls. Astonishingly, The Center places an order for hundreds, and Cipriano and Marta set to work'until the order is cancelled and the penniless trio must move from the village into The Center. When mysterious sounds of digging emerge from beneath their new apartment, Cipriano and Marçal investigate; what they find transforms the family's life, in a novel that is both 'irrepressibly funny' (The Christian Science Monitor) and a 'triumph' (The Washington Post Book World).

'The struggle of the individual against bureaucracy and anonymity is one of the great subjects of modern literature, and Saramago is often matched with Kafka as one of its premier exponents. Apt as the comparison is, it doesn't convey the warmth and rueful human dimension of novels like Blindness and All the Names. Those qualities are particularly evident in his latest brilliant, dark allegory, which links the encroaching sterility of modern life to the parable of Plato's cave . . . [a] remarkably generous and eloquent novel.' 'Publishers Weekly 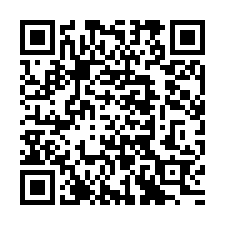