With her trademark electrifying storytelling and razor-sharp tension, New York Times bestselling author Elizabeth Lowell proves once again why she is one of today's top masters of suspense -- in a riveting tale of dark family secrets ready to explode with the devastating force of a Southwestern earthquake.

The powerful Quintrell family of New Mexico has spent decades in the public eye. Now the recent death of the clan's patriarch, a former U.S. senator, has placed his son, Governor Josh Quintrell, squarely in the spotlight as he prepares his run for the highest political office in the land. It is not a good time to be rattling skeletons in the family's closets.

Researching personal histories isn't just Carolina "Carly" May's profession, it's her passion. When the governor's eccentric Aunt Winifred invites Carly into the Quintrells' private Taos compound to compile a genealogical record of the illustrious residents, she can hardly believe her good luck. But digging into the past is raising troubling questions about the would-be president's private life, his late father and catatonic mother, and the grisly street crime that left his notorious drug-addicted sister dead. And it soon becomes frighteningly apparent that the motivation of the dotty old woman who hired Carly might be something more akin to revenge -- and that someone is determined to remove the inquisitive genealogist from the picture by any means necessary.

As a dark world of twisted passions and depraved crimes slowly opens up before Carly, she realizes that there is no one whom she dares to trust -- perhaps least of all Dan Duran, a dangerous and haunted mystery man who's somehow tied to the Quintrells' past. But she will need an ally to survive the terrible secrets a father carried to the grave and an even more devastating evil that lurks among the living -- because following the bloodlines of the wealthy and power-hungry can be a bloody business ... and some dead secrets can kill. 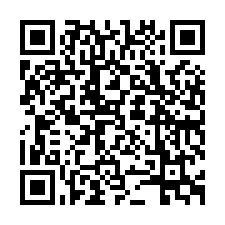