A conspiracy of friends »

A conspiracy of friends

CORDUROY MANSIONS - Book 3In the Corduroy Mansions series of novels, set in London’s hip Pimlico neighborhood, we meet a cast of charming eccentrics, including perhaps the world’s most clever terrier, who make their home in a handsome, though slightly dilapidated, apartment block.It seems the universe itself is conspiring against the residents of Corduroy Mansions, as they all find themselves struggling with their nearest and dearest. Oedipus Snark’s mother, Berthea, is still at work on her scathing biography of her son—the only loathsome Liberal Democrat Member of Parliament; literary agents Rupert Porter and Barbara Ragg are still battling each other for first crack at the manuscript ofAutobiography of a Yeti; fine arts graduate Caroline Jarvis is busy exploring the blurry line between friendship and romance; and William French is still worrying that his son, Eddie, may never leave home, even though Eddie’s got a new wealthy girlfriend. But uppermost in everyone’s mind is William’s faithful terrier, Freddie de la Hay—without a doubt the only dog clever enough to have been recruited by MI6—who has disappeared while on a mystery tour around the Suffolk countryside. Will Freddie find his way back to Pimlico? Is Corduroy Mansions starting to crumble?Readers will be captivated once again by McCall Smith’s genius for storytelling, his insight into his beautifully crafted characters and his eye for the quirky details of modern life. 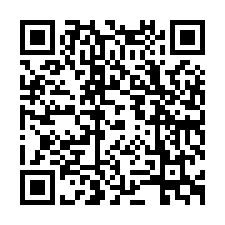