Description
The hero of The Eagle Has Landed returns in a Cold War adventure that pits two IRA veterans against a ruthless mercenary whose only ideology is greed. Terrorist-for-hire Frank Barry has been wreaking havoc in Germany and France, with backing from the KGB. His next mission might be his deadliest, as Barry plans to steal a state-of-the-art missile and sell it to the highest bidder. &#160; Only Barry&;s longtime rivals, retired IRA gunman Liam Devlin and his ally Martin Brosnan, can prevent the missile from falling into the wrong hands. But first Devlin must stage a thrilling jailbreak to free Brosnan before the men set off on a gripping race against the clock to eliminate Barry and his reign of terror. &#160; From the New York Times&;bestselling author of Rain on the Dead, Eye of the Storm, and countless other action-packed thrillers, this is an &;exciting and believable&; journey into the dangerous world of spies, assassins, and soldiers of fortune (The&#160;New York Times). &#160;
Also in This Series 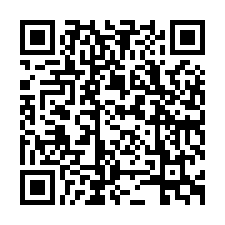