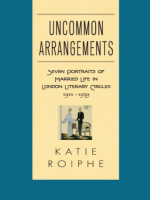 Description
Katie Roiphe’s stimulating work has made her one of the most talked about cultural critics of her generation. Now this bracing young writer delves deeply into one of the most layered of subjects: marriage. Drawn in part from the private memoirs, personal correspondence, and long-forgotten journals of the British literary community from 1910 to the Second World War, here are seven “marriages à la mode”—each rising to the challenge of intimate relations in more or less creative ways. Jane Wells, the wife of H.G., remained his rock, despite his decade-long relationship with Rebecca West (among others). Katherine Mansfield had an irresponsible, childlike romance with her husband, John Middleton Murry, that collapsed under the strain of real-life problems. Vera Brittain and George Gordon Catlin spent years in a “semidetached” marriage (he in America, she in England). Vanessa Bell maintained a complicated harmony with the painter Duncan Grant, whom she loved, and her husband, Clive. And her sister Virginia Woolf, herself no stranger to marital particularities, sustained a brilliant running commentary on the most intimate details of those around her.

Every chapter revolves around a crisis that occurred in each of these marriages—as serious as life-threatening illness or as seemingly innocuous as a slightly tipsy dinner table conversation—and how it was resolved…or not resolved. In these portraits, Roiphe brilliantly evokes what are, as she says, “the fluctuations and shifts in attraction, the mysteries of lasting affection, the endurance and changes in love, and the role of friendship in marriage.” The deeper mysteries at stake in all relationships.
Also in This Series 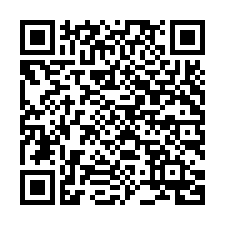