The Patient: A Novel 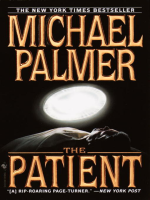 Description
With one nerve-shattering New York Times bestseller after another, Michael Palmer has demonstrated his extraordinary ability to create medical thrillers that are at once relentlessly suspenseful and chillingly realistic. And now the former ER physician returns with the stunning and explosive tale of a gifted neurosurgeon drawn into a world of escalating danger and violence, all because of...The Patient.

Dr. Jessie Copeland is exactly where she wants to be: A respected neurosurgeon at Eastern Mass Medical Center, she spends her days waging life-and-death battles in the OR and her spare time holed up in a lab, spearheading the development of a tiny robot that could revolutionize brain surgery.

ARTIE--Assisted Robotic Tissue Incision and Extraction--is an exciting fusion of biomechanics and radiology that, when perfected, will be able to excise tumors now considered inoperable. But it could be months before ARTIE is ready for use on human beings...or so Jessie thinks, until her ambitious department head jumps the gun and uses the robot in a high-profile case that nets immediate worldwide attention.

Suddenly the hospital is swarming with media, vying for a multimillion-dollar grant, and fielding calls from patients desperate for this lifesaving technology. But what no one at the medical center realizes is that the publicity has also reached one of the most malevolent men on earth.

Claude Malloche is brilliant, secretive, remorseless, and without regard for human life--a mercenary willing to bring down a world leader or a jetliner filled with people if the price is right. He is also ill with a life-threatening brain tumor that is exactly the sort ARTIE was invented to treat. Now Malloche must come into the open, and he has set his sights on the hospital that has burst to the forefront of neurosurgery: Eastern Mass Medical Center.

For those caught on the neurosurgical floor, the nightmare has just begun...and no one is more aware of the stakes than Jessie Copeland. In brain surgery there are no guarantees. But that's exactly what Claude Malloche demands, leaving Jessie to face the most harrowing case of her life. Disaster is just a cut away. And the price of failure may be thousands of lives....

Heart-poundingly scary and immensely entertaining, The Patient is riveting, unpredictable, page-turning suspense. It is terror to which no one is immune.


Claude Malloche is a master assassin, more rumor than man, for whom murder is an art.  No one can identify his face.  Now Malloche has a deadly brain tumor, and he intends to have the best neurosurgeon in the world operate on it.

To ensure Jessie's cooperation, Malloche has devised a plan of intimidation that puts at risk her life and the lives of hundreds of innocent people.  Neurosurgery requires nerves of steel, but in coming up with a scheme to fulfill her oath as a doctor yet thwart a diabolical killer, Jessie will be performing the most complex surgery of her career--on a knife-edge of terror.

With every book he writes, Michael Palmer raises the standard of the medical thriller, writing "wrenchingly scary,"* "chillingly sinister"** novels packed with the authenticity that his years as an ER physician provide.  THE PATIENT  proves he is the master of scalpel-sharp suspense. -->
Also in This Series 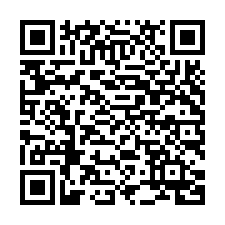