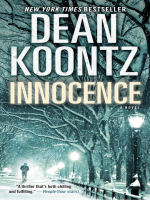 In Innocence, Dean Koontz blends mystery, suspense, and acute insight into the human soul in a masterfully told tale that will resonate with readers forever.

He lives in solitude beneath the city, an exile from society, which will destroy him if he is ever seen.

She dwells in seclusion, a fugitive from enemies who will do her harm if she is ever found.

But the bond between them runs deeper than the tragedies that have scarred their lives. Something more than chance—and nothing less than destiny—has brought them together in a world whose hour of reckoning is fast approaching.

“A thriller that’s both chilling and fulfilling.”—People (four stars)

“Laced with fantastical mysticism, it’s an allegory of nonviolence, acceptance and love in the face of adversity. . . . The narrative is intense, with an old-fashioned ominousness and artistically crafted descriptions. . . . An optimistic and unexpected conclusion [mirrors] his theme. Something different this way comes from Mr. Koontz’s imagination. Enjoy.”—Kirkus Reviews

“Mystery and terror, the paranormal and romance—all combine to make Innocence a challenging and emotional experience.”—New York Journal of Books

“This novel really is something special. . . . This may just be the book Dean Koontz was born to write.”—Thriller Books Journal

“Entrancing . . . as speedy a chase-thriller as any Koontz . . . has ever constructed. Written in Koontz’ late mellifluent and reflective manner . . . [Innocenceis] fueled by deep disgust with the world’s evils [and] hope for redemption.”—Booklist (starred review)

“[An] imaginative, mystical thriller from bestseller Koontz . . . This is the most satisfying Koontz standalone in a while.”—Publishers Weekly

“Masterful storyteller Koontz delivers perhaps his most eerie and unusual tale to date. The timeline in this amazing story is compact, and readers will be swept along as they try to unravel hints and clues as to the true nature of both the protagonists and the unfolding drama. Unpredictably spine-chilling and terrifying, this is a story readers won’t soon forget.”—RT Book Reviews

“Elegant . . . Fans of Koontz’s previous series will be left hoping that Addison and Gwyneth, too, will return.”—Library Journal
Also in This Series 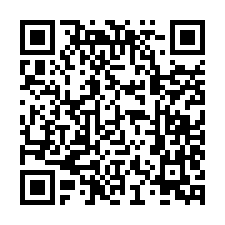