Description
“A poignant, clear-eyed novel” about a Vermont homecoming and a reckoning with tragedy (The New York Times Book Review).

Effie Greer has been away from Lake Gormlaith, Vermont, for three years. Now she is coming home. The unspoiled lake, surrounded by dense woods and patches of wild blueberries, is the place where she spent idyllic childhood summers at her grandparents’ cottage. And it’s where Effie’s tempestuous relationship with her college boyfriend, Max, culminated in a tragedy she can never forget.

Effie had hoped to save Max from his troubled past, and in the process became his victim. Since then, she’s wandered from one city to another, living like a fugitive. But now Max is gone, and as Effie paints and restores the ramshackle cottage, she forms new bonds—with an old school friend, with her widowed grandmother, and with Devin, an artist and carpenter summering nearby. Slowly, she’s discovering a resilience and tenderness she didn’t know she possessed. And buoyed by the lake’s cool, forgiving waters, she may even learn to save herself, in this “impressive” novel of hope and absolution from the award-winning author of Where I Lost Her (Booklist).

“Greenwood sensitively and painstakingly unravels her protagonist’s self-loathing and replaces it with a graceful dignity.” —Publishers Weekly

“With its strong characters, dramatic storytelling, and heartfelt narration, Breathing Water should establish T. Greenwood as an important young novelist who has the great gift of telling a serious and sometimes tragic story in an entertaining and pleasing way.” —Howard Frank Mosher, author of Walking to Gatlinburg
Also in This Series 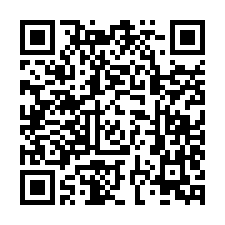