Description
2013 BRAM STOKER AWARD NOMINEE FOR SUPERIOR ACHIEVEMENT IN A YOUNG ADULT NOVEL.I never believed in ghosts.Until one tried to kill me.When Kennedy Waters finds her mother dead, she doesn't realize that paranormal forces are responsible--not until mysterious identical twins Jared and Lukas Lockhart break into her room and destroy a deadly spirit sent to kill her.Kennedy learns that her mother's death was no accident, and now she has to take her place in the Legion of the Black Dove--a secret society formed to protect the world from a vengeful demon. A society left in the hands of a misfit group of teens with unique skills: Jared, combat trained, with a temper to match; Lukas, rogue hacker and code breaker; Alara, whose attitude is as powerful as her voodoo protections; and Priest, an engineer capable of making a weapon out of a soda can.As the teens use their individual talents to battle paranormal entities, they earn their rightful places in the Legion--except for Kennedy, who is left wondering if she is truly one of them.Can she stay alive long enough to find out--without losing her heart in the process?Protect Yourself.What you can't see CAN hurt you.
Also in This Series 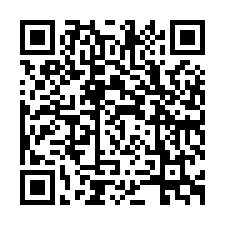