Description
Psychologist Alan Gregory is juggling his responsibility as a father, a husband, and doctor, when a beautiful woman walks into his office with an astounding admission. Gibbs Storey, whose looks turn grown men into dazzled adolescents, tells Alan that she thinks her husband, Sterling, may have murdered a woman. Blandly recounting a history of dangerous sexual encounters, Gibbs stuns Alan with another revelation: She thinks there are other victims...and that her husband is not finished killing yet.
Struggling with a strict confidentiality agreement, Alan walks a perilous ethical line by revealing just enough to interest his detective friend, Sam Purdy, and start a search for the missing Sterling Storey and a string of innocent victims. Alarmed for Gibbs's safety, yet baffled by her strange admissions, Alan and Sam begin attacking the case from two sides. As Alan continues his sessions with Gibbs, struggling to reconcile her tales of a dark, twisted marriage with the calm, cool woman sitting before him, Sam races down south, certain he is hunting a serial killer on a last, frantic rampage. But even Sam cannot know the secrets that Gibbs Storey is still revealing to Alan Gregory, the secrets Alan is keeping to himself - or that somehow, somebody else has already heard them all.
Also in This Series 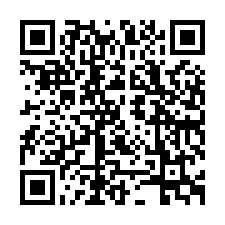