With a foreword by David Morrell

It's 1955, and Edna Ferber is basking in the success of her blockbuster novel Giant. Headed to Los Angeles, where director George Stevens and Warner Brothers Studio are in the final days of filming her Texas oil epic, she is looking forward to meeting Rock Hudson, Liz Taylor, and especially the young James Dean.

But there is trouble brewing. Dean, the new box-office sensation and teen heartthrob, has been accused of fathering a child with an unstable (and recently fired) extra named Carisa Krausse. The studio fears the negative publicity will jeopardize the release of the movie. Then the actress is murdered, and James Dean is the prime suspect. He was seen at her apartment moments before Carisa's death. The police are ready to arrest him.

With actress Mercedes McCambridge as her sympathetic sidekick, Edna investigates, determined to clear Dean's name. Soon Edna finds herself exploring the troubled lives of Dean's circle of disparate friends. As she delves into Hollywood's dark side she discovers a powerful studio obsessed with a cover-up and a solution she doesn't want to accept—a solution that she, in fact, dreads. 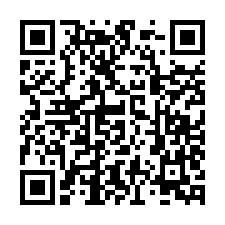