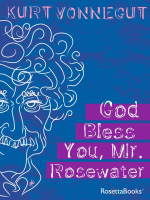 Second only to Slaughterhouse-Five of Vonnegut's canon in its prominence and influence, God Bless You, Mr. Rosewater (1965) presents Eliot Rosewater, an itinerant, semi-crazed millionaire wandering the country in search of heritage and philanthropic outcome, introducing the science fiction writer Kilgore Trout to the world and Vonnegut to the collegiate audience which would soon make him a cult writer.

Trout, modeled according to Vonnegut on the science fiction writer Theodore Sturgeon (with whom Vonnegut had an occasional relationship) is a desperate, impoverished but visionary hack writer who functions for Eliot Rosewater as both conscience and horrid example. Rosewater, seeking to put his inheritance to some meaningful use (his father was an entrepreneur), tries to do good within the context of almost illimitable cynicism and corruption.

It is in this novel that Rosewater wanders into a science fiction conference—an actual annual event in Milford, Pennsylvania—and at the motel delivers his famous monologue evoked by science fiction writers and critics for almost half a century: "None of you can write for sour apples... but you're the only people trying to come to terms with the really terrific things which are happening today." Money does not drive Mr. Rosewater (or the corrupt lawyer who tries to shape the Rosewater fortune) so much as outrage at the human condition.

The novel was adapted for a 1979 Alan Menken musical.

Kurt Vonnegut (1922-2007) is one of the most beloved American writers of the twentieth century. Vonnegut's audience increased steadily since his first five pieces in the 1950s and grew from there. His 1968 novel Slaughterhouse-Five has become a canonic war novel with Joseph Heller's Catch-22 to form the truest and darkest of what came from World War II.

Vonnegut began his career as a science fiction writer, and his early novels—Player Piano and The Sirens of Titan—were categorized as such even as they appealed to an audience far beyond the reach of the category. In the 1960s, Vonnegut became closely associated with the Baby Boomer generation, a writer on that side, so to speak.

Now that Vonnegut's work has been studied as a large body of work, it has been more deeply understood and unified. There is a consistency to his satirical insight, humor and anger which makes his work so synergistic. It seems clear that the more of Vonnegut's work you read, the more it resonates and the more you wish to read. Scholars believe that Vonnegut's reputation (like Mark Twain's) will grow steadily through the decades as his work continues to increase in relevance and new connections are formed, new insights made.

Author Kurt Vonnegut is considered by most to be one of the most important writers of the twentieth century. His books Slaughterhouse-Five (named after Vonnegut's World War II POW experience) and Cat's Cradle are considered among his top works. RosettaBooks offers here a complete range of Vonnegut's work, including his first novel (Player Piano, 1952) for readers familiar with Vonnegut's work as well as newcomers. 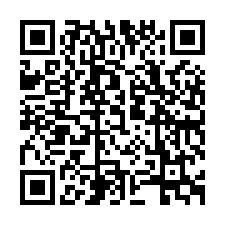