Kings of the Earth »

Kings of the Earth: A Novel 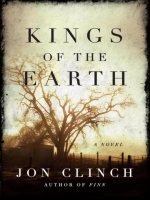 Author of the award-winning novel Finn, Jon Clinch has drawn favorable comparisons to such luminaries as William Faulkner and Cormac McCarthy. With Kings of the Earth, he weaves the compelling tale of a troubled family haunted by dark secrets. On their upstate New York farm, the three aging Proctor brothers—Vernon, Audie, and Creed—eke out a living. When Vernon dies in his sleep, evidence of asphyxiation quickly turns suspicion upon Audie and Creed. The brothers’ estranged sister, their protective neighbor, and others are eventually drawn into the case and offer startling insights. But all these differing perspectives obscure the reality of daily life on the farm, and the truth of what happened that fateful day remains shrouded in mystery. In a starred review, Library Journal calls Kings of the Earth “a gritty but nonetheless warm-hearted and beautifully realized novel.” A full cast of talented narrators delivers a gripping performance, providing each character with a unique voice.

“… Clinch explores family dynamics in this quiet storm of a novel that will stun readers with its power.”—Publishers Weekly, starred review 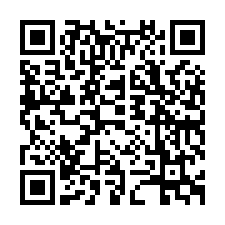 The edge of civilization is closer than we think.

It’s as close as a primitive farm on the margins of an upstate New York town, where the three Proctor brothers live together in a kind of crumbling stasis. They linger like creatures from an older, wilder, and far less forgiving world—until one of them dies in his sleep and the other two are suspected of murder.

Told in a chorus of voices that span a generation, Kings of the Earth examines the bonds of family and blood, faith and suspicion, that link not just the brothers but their entire community.

Vernon, the oldest of the Proctors, is reduced by work and illness to a shambling shadow of himself. Feebleminded Audie lingers by his side, needy and unknowable. And Creed, the youngest of the three and the only one to have seen anything of the world (courtesy of the U.S. Army), struggles with impulses and accusations beyond his understanding. We also meet Del Graham, a state trooper torn between his urge to understand the brothers and his desire for justice; Preston Hatch, a kindhearted and resourceful neighbor who’s spent his life protecting the three men from themselves; the brothers’ only sister, Donna, who managed to cut herself loose from the family but is then drawn back; and a host of other living, breathing characters whose voices emerge to shape this deeply intimate saga of the human condition at its limits.