Description
<div><b>The author of <i>The Frog Scientist</i> showcases the work of the Mountain Gorilla Veterinary Project in “an outstanding science nature title” (<i>Kirkus Reviews</i>, starred review)</b><br>  <br> Mountain gorillas are playful, curious, and protective of their families. They are also one of the most endangered species in the world. For years, mountain gorillas have faced the threat of death by poachers. Funds raised by “gorilla tourism”—bringing people into the forest to see gorillas—have helped protect them. This tourism is vital but contact between gorillas and people brought a new threat to the gorillas: human disease. The Mountain Gorilla Veterinary Project is a group of scientists working to save the mountain gorilla population in Rwanda and Uganda. The gorilla doctors study the effects of human exposure, provide emergency care, and act as foster parents to an orphaned gorilla.<br>  <br> “Excellent photographs prominently feature the scientists at work (predominantly women and people of color in scientific roles) as well as the photogenic gorillas.”—<i>Horn Book</i>, starred review<br>  <br> “The author, who has a degree in public health, is especially successful in explaining how improving community public health benefits both gorillas and humans. Spectacular and appealing photos of gorillas, scientists and the Rwanda Preserve add even more appeal.”—<i>Kirkus Reviews</i> (starred review)<br>  <br> “The readable text records their efforts to treat the great apes in the field as they encounter poachers, meet with loss of habitat, and face their newest threat: human diseases that can cross species lines . . . The whole is accompanied by striking, full-color photographs and includes a list of other resources, a postscript, and an index.”—<i>School Library Journal</i></div>
Also in This Series 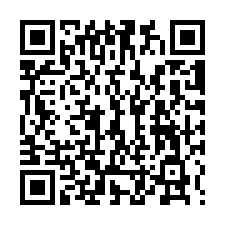