Description
As Jodi Picoult's picture perfect begins, it is daybreak in downtown Los Angeles. A woman suffering from amnesia is taken in by an officer new to the L.A. police force, after he finds her wandering aimlessly near a graveyard. Days later, when her husband comes to claim her at the police station, no one is more stunned than Cassie Barrett to learn that not only is she a renowned anthropologist, but she is married to Hollywood's leading man Alex Rivers.
As Alex helps Cassie become reaccustomed to her fairy-tale existence, fragments of memory return: the whirlwind romance on location in Africa, her major anthropological discovery, the trajectory of Alex's career. Yet as Cassie settles into her glamour-filled life, uneasiness nags at her. She senses there is something troubling and wild that she cannot remember, something that would alter the picture of her perfect marriage. When she finds a positive pregnancy test in her bathroom, she is flooded with dark memories. Trying to piece together her past, she runs to the only person she trusts will keep her hidden - Will Flying Horse, the policeman who had initially harbored her.
Out of loyalty he cannot fully understand, Will spirits Cassie away to stay with his parents on the reservation where he grew up - and to which he never wanted to return - for the duration of her pregnancy. Safe in South Dakota, Cassie contemplates her future. She weighs the ominous pattern of her marriage against her compassion for her husband. Cassie knows of the fear and self-loathing Alex harbors - and of his hard-won transformation into the skilled actor he has become.
Meanwhile, in Los Angeles, Alex's life is falling apart. Nominated for Best Actor for his most recent film, he can no longer conceal from the press the fact that his wife is gone. Lies beget lies, and soon his career is rocked by scandal.
When Cassie agrees to return to Hollywood with her son, it is with a conditional promise from Alex. But it is a promise he cannot keep. In order to free them both, Cassie holds a press conference and tells the world the secret about Alex it never knew - and never would have believed. Moving from the sweltering African grasslands to the desolate plains of the reservation to the claustrophobic glitz of Hollywood, Jodi Picoult's story is one rich in detail, breadth, and emotion. Picture Perfect is a lush, beautifully written novel that will captivate its readers.
Also in This Series 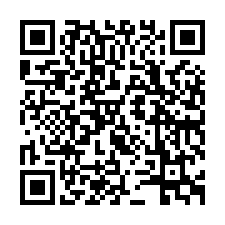