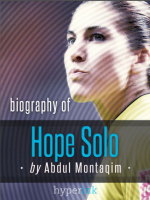 Hope Solo is arguably the best goalkeeper in women’s soccer today. And even though her sporting talent, by itself, has made her internationally famous, she is also increasingly gaining celebrity status for her appearances on television on numerous entertainment shows, as well as her adventurous magazine photo shoots.

But let’s for a moment stick to sport, where she made her name.

If a women’s soccer manager were asked to select the USA women’s national soccer team, the first name on their team sheet would most likely be Hope Solo, arguably the best player the women’s game has ever seen.

Abdul Montaqim is a journalist, based in London, and has been working in the media since 1989. Among the more well known titles he has written for are The Guardian newspaper, Time Out magazine and the International Business Times website.

EXCERPT FROM THE BOOK

Hope Amelia Solo was born on July 30, 1981, in the small city of Richland, in Benton County, which is in the US state of Washington.

Richland has an estimated total population of below 50,000. And perhaps because of its relatively limited size, Hope had more opportunities to excel in her chosen activities. But it must be said that even in a city 10 times the size of Richland, she still would have stood out. It’s just that cities like Richland, with their small populations can sometimes act as incubators for talents such as Solo’s.

It’s a fact that towns where a talented group of children grow up playing a particular sport often produce a higher number of excellent players in that sport. It’s something to do with dedication, healthy competition and a relatively closed, conducive environment.

Buy a copy to keep reading! 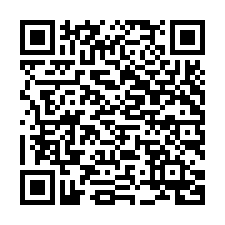