Description
Legions of devotees will cheer the return of Joe Leaphorn and Jim Chee in Tony Hillerman's most intricate and atmospheric novel yet. The Navajo policemen whose exploits are now published in sixteen languages are brought together by the need to know how a man met his death on Ship Rock, almost seventeen hundred feet above the desert floor. Why had he climbed this mountain sacred to Navajos and why had he been killed there - or, even worse, left to die a lonely death?
The fallen man lay sprawled on a ledge under the peak of Ship Rock mountain for eleven years - visited only by the ravens that had picked his bones clean and scattered his rock-climbing gear. That peaceful period ended, appropriately, on Halloween, when a climbing party stumbled upon his bones and began a chain of events that would ultimately link Leaphorn and Chee.
As Chee and Leaphorn join to investigate why the fallen man fell, they set off across the high desert landscape of the Navajo reservation and into the lives of a rookie cop who is smarter than anyone thinks, a lonely woman who takes up her father's hobby of watching a mountain, a cattle-brand inspector who demonstrates that cows are even more curious than cats, a banker who knows her depositors' private lives as well as their balance sheets, a widow who loves one man too many, and the people who defy death on the towering cliffs of a sacred peak.
Also in This Series 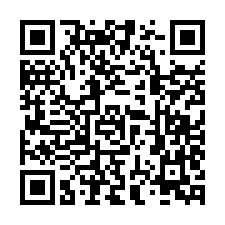