Airborne: A Guided Tour of an Airborne Task Force 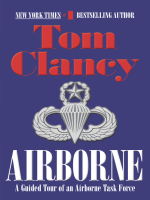 Description
They are America's front lines--serving proudly in forward areas around the world. Representing the very best from the Army and Air Force, the Airborne Task Force is an unstoppable combination of manpower and firepower. Now, Tom Clancy examines this elite branch of our nation's armed forces. With pinpoint accuracy and a style more compelling than any fiction, the acclaimed author of Executive Orders delivers an fascinating account of the Airborne juggernaut--the people, the technology, and Airborne's mission in an ever-changing world...*Two Tom Clancy "mini-novels"--real world scenarios involving the airborne task force*Airborne's weapons of the 21st century, including the Javelin anti-tank missile, the fiber-optically guided N-LOS fire support system, and the Joint Strike Fighter*18 weeks: Life in an Airborne Alert Brigade*Exclusive photographs, illustrations, and diagramsPLUS: An in-depth interview with the incoming commander of the 18th Airborne Corps, General John Keen
Also in This Series 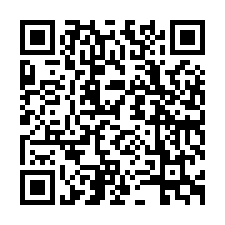