Description
When the body of a white man is recovered from a shallow grave in one of the most troubled corners of the Wind River Reservation, Father John O'Malley knows that if the murderer isn't caught quickly, this tragedy will only be the beginning. The victim's widow is already out for revenge. And the one person Father John believes could lead him to the killer is a terrified fifteen-year-old running for her life...In the meantime, Father John's old friend Vicky Holden has just been hired as in-house counsel at the newly opened Great Plains Casino. But trouble is brewing, as an angry group of protesters known as the Rangers is bent on proving the casino is a house of evil...and shutting it down for good. And there are some who believe that the group's shadowy leader, Captain Jack Monroe, is responsible for killing the man found at the reservation - and that it's only a matter of time before he'll kill again.As tensions rise, the two work feverishly to sort out the story. But when Vicky stumbles across some troubling evidence, she's suddenly caught in a dangerous game - with her own life at stake.
Also in This Series 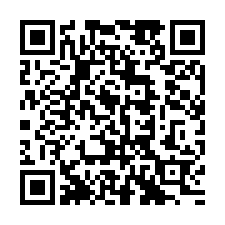