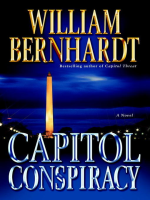 Description
Oklahoma defense attorney Ben Kincaid has found himself smack in the middle of more than a few controversies and deadly predicaments–and the unexpected leap from his modest Tulsa law offices to Washington, D.C.’s Senate chamber hasn’t taken the edge off Ben’s knack for stepping into the line of fire. Now the idealistic junior senator is plunged into the thick of lethal intrigue when a shocking campaign of terror against key government officials rocks the nation’s capital.

The nightmare begins with the abduction and murder of the director of Homeland Security; escalates with the killing of the Senate minority leader, who is felled in his office by an envelope laced with weaponized poison; and comes to a shattering climax at the site of the Oklahoma City Memorial, where a fusillade of sniper fire meant for the president claims unintended victims. In all, twelve people perish in the melee, while Ben himself narrowly escapes a car-bomb blast that leaves his best friend, Tulsa cop Mike Morelli, comatose. But the smoke has barely cleared when the stunned nation is sent reeling yet again by the president’s impassioned call to amend the U.S. Constitution with an antiterrorism law that would drastically curtail civil liberties.

It’s a hot-button issue guaranteed to bitterly divide the Beltway and the country. The chief executive has handpicked Ben to help harvest the support that will make the amendment a reality. Shaken by the carnage,

Ben embraces the president’s radical cause, and alongside unlikely new political allies he takes the battle for the controversial bill to the Senate floor. But he can’t ignore his growing suspicion that what’s haunting Capitol Hill isn’t the specter of foreign terrorism but something much closer to home. Now, with his ever-resourceful chief of staff–his wife, Christina–and along with his support team backing his play, Ben sets squares off against what could be the most dangerous Goliath he’s ever challenged.

Capitol Conspiracy is a bravura William Bernhardt performance–bursting into action on the very first page, and crackling with breathless suspense, sharp wit, crafty twists, and timely thrills clear through to the last.
Also in This Series 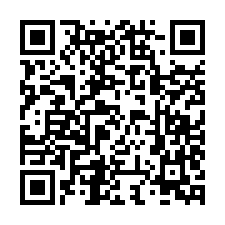