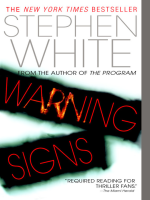 The brutal slaying of Boulder's controversial D.A. strikes deep in the heart of everything clinical psychologist Alan Gregory holds dear: After all, Alan's wife, Lauren, worked for the dead man.

When a new patient walks into Alan's office'a terrified mother with an explosive secret'he finds himself edging even closer to the darkness. Soon her privileged exchanges convince Alan that a crime is about to be committed. And when he uncovers a shocking link to the D.A.'s slaying, Alan is suddenly locked in the ethical dilemma of his career, thrust into a desperate manhunt for a killer whose identity no one could have guessed.

As the minutes tick down, Warning Signs explodes into a gripping story of crime and punishment, tragedy and retribution'and of human beings caught in the shattering cross fire of forces beyond their control...forces sometimes within themselves.
Also in This Series 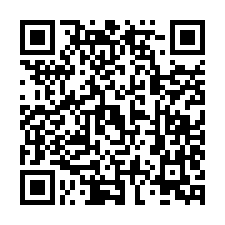