It's Called a Breakup Because It's Broken: The Smart Girl's Break-Up Buddy 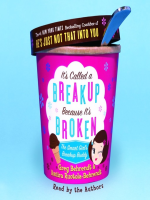 Description
It's past two in the morning. You're on your third glass of wine. You're wearing his sweater because it still smells like him (and quite frankly, he never really smelled that great, but we'll give it to you). Stamp out that dumb French cigarette and put down that phone. No, really, don't make that call. Why? Because you're not that girl, looking for another chance with someone who has proven himself unworthy of your greatness, or sitting alone with a box of tissues while a world full of possibilities waits outside your door. Starting right here, right now, it's time to dry your tears, put down that pint of ice cream, log out of his e-mail, and start turning your breakup into a break-over.
IT'S CALLED A BREAKUP BECAUSE IT'S BROKEN is the ultimate survival guide to getting over Mr. Wrong and reclaiming your inner Superfox. From how to put yourself through "he-tox" to how to avoid Revisionist Romance Disorder, Greg and Amiira share their hilarious and helpful roadmap for getting past the heartache and back into the game.
The longer you stay stuck in a dead-end relationship, the less time you get on this planet to experience a great one. IT'S CALLED A BREAKUP BECAUSE IT'S BROKEN is a straight-talking, spot-on, must-have manual for finding your way back to an even more rocking you.
Also in This Series 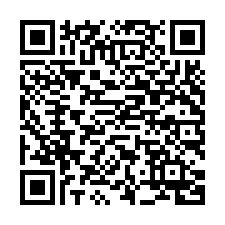