At fourteen, Nick Gautier thinks he knows everything about the world around him. Streetwise, tough and savvy, his quick sarcasm is the stuff of legends. Until the night when his best friends try to kill him. Saved by a mysterious warrior who has more fighting skills than Chuck Norris, Nick is sucked into the realm of the Dark-Hunters: immortal vampire slayers who risk everything to save humanity.

Nick quickly learns that the human world is only

Nick Gautier's day just keeps getting better and better. Yeah, he survived the zombie attacks, only to wake up and find himself enslaved to a world of shapeshifters and demons out to claim his soul.

His new principal thinks he's even more of a hoodlum than the last one, his coach is trying to recruit him to things he can't even mention and the girl he's not seeing, but is, has secrets that terrify him.

But more than that, he's being groomed

The world has fallen in love with Nick Gautier and Sherrilyn Kenyon's Dark-Hunter novels.

Now Nick's saga continues in Infamous, the next eagerly anticipated volume in the Chronicles of Nick series...

Go to school. Get good grades. Stay out of trouble. That's the mandate for most kids. But Nick Gautier isn't the average teenager. He's a boy with a destiny not even he fully understands. And his first mandate is to stay alive while everyone,

In Inferno, the fourth novel in the bestselling Chronicles of Nick series from #1 New York Times bestselling author Sherrilyn Kenyon, the heat is on, and a new threat to humanity has risen...

Nick has his driver's license and he's not afraid to use it. But turning sixteen isn't what he thought it would be. While other boys his age are worried about prom dates and applying for college, Nick is neck deep in enemies out to stop him 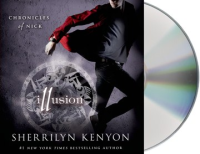 5)  Illusion: Chronicles of Nick
Author:
Kenyon, Sherrilyn
Series Volume:
0005
Choose a Format
The library does not own any copies of this title. 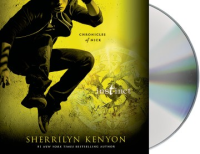 6)  Instinct
Author:
Kenyon, Sherrilyn
Series Volume:
0006
Choose a Format
The library does not own any copies of this title. 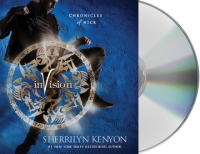 7)  Invision
Author:
Kenyon, Sherrilyn
Series Volume:
0007
Choose a Format
The library does not own any copies of this title. 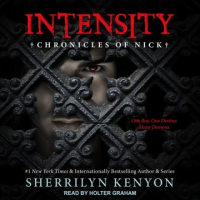 8)  Intensity
Author:
Kenyon, Sherrilyn
Series Volume:
0008
Choose a Format
The library does not own any copies of this title.
CONNECT WITH US