Description
If the St. Francis Mission had been able to afford repairs on its aging truck, Father John wouldn't have found himself stranded on an isolated road in the middle of a snowstorm. And he wouldn't have seen the lifeless body wrapped in a tarp and thrown into a ditch. When he returns with the police, the corpse has vanished.
To the Arapahos, this is no ordinary corpse. It is a ghost walker, a tormented soul caught between the earth and the spirit world, capable of anything...But Father John doesn't believe a ghost is behind the sudden disappearance of Marcus Deppert, a convicted drug dealer. Nor is a ghost responsible for the merciless murder of the young man's ex-girlfriend.
Despite his own troubles - his beloved St. Francis Mission is about to be sold to outside interests with major development plans - Father John can't forget the lonely body in the ditch. Fearing it was Marcus, he is determined to find out what happened to the young man. But as he starts to follow Marcus's trail, he realizes someone is following him...
And he suspects that Susan Holden, Vicky's rebellious drug-addicted daughter, could be involved in murder - and could be the next intended victim. To protect the daughter she lost years before and has only just found, Vicky is willing to pay any price - even that of her own life. Their friendship is tested as Vicky and Father John each draw upon the ancient traditions of the Arapaho to stop a killer, explain the inexplicable, and put a ghost to rest.
Also in This Series 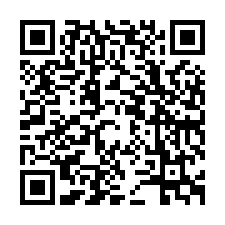