And the Show Went On »

And the Show Went On: Cultural Life in Nazi-occupied Paris 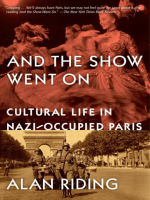 Description
In the weeks after the Germans captured Paris, theaters, opera houses, and nightclubs reopened to occupiers and French citizens alike, and they remained open for the duration of the war. Alan Riding introduces a pageant of twentieth-century artists who lived and worked under the Nazis and explores the decisions each made about whether to stay or flee, collaborate or resist.

We see Maurice Chevalier and Edith Piaf singing before French and German audiences; Picasso painting and occasionally selling his work from his Left Bank apartment; and Marcel Carné and Henri-Georges Clouzot, among others, directing movies in Paris studios (more than two hundred were produced during this time). We see that pro-Fascist writers such as Louis-Ferdinand Céline and Robert Brasillach flourished, but also that Camus's The Stranger was published and Sartre's play No Exit was first performed-ten days before the Normandy landings.

Based on exhaustive research and extensive interviews, And the Show Went On sheds a clarifying light on a protean and problematic era in twentieth-century European cultural history.
Also in This Series 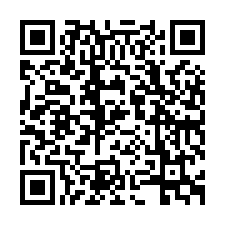 accelerated_reader_point_value
0
accelerated_reader_reading_level
0
auth_author2
Hoye, Stephen
author
Riding, Alan
author2-role
Hoye, Stephen.|Narrator
hoopla digital
author_display
Riding, Alan
available_at_addison
Online OverDrive Collection
detailed_location_addison
Online Hoopla Collection
Online OverDrive Collection
display_description
On June 14, 1940, German tanks rolled into a silent and deserted Paris. Eight days later, a humbled France accepted defeat along with foreign occupation. The only consolation was that, while the swastika now flew over Paris, the City of Light was undamaged. Soon, a peculiar kind of normality returned as theaters, opera houses, movie theaters and nightclubs reopened for business. This suited both conquerors and vanquished: the Germans wanted Parisians to be distracted, while the French could show that, culturally at least, they had not been defeated. Over the next four years, the artistic life of Paris flourished with as much verve as in peacetime. Only a handful of writers and intellectuals asked if this was an appropriate response to the horrors of a world war.

Alan Riding introduces us to a panoply of writers, painters, composers, actors and dancers who kept working throughout the occupation. Maurice Chevalier and Édith Piaf sang before French and German audiences. Pablo Picasso, whose art was officially banned, continued to paint in his Left Bank apartment. More than two hundred new French films were made, including Marcel Carné’s classic, Les Enfants du paradis. Thousands of books were published by authors as different as the virulent anti-Semite Céline and the anti-Nazis Albert Camus and Jean-Paul Sartre. Meanwhile, as Jewish performers and creators were being forced to flee or, as was Irène Némirovsky, deported to death camps, a small number of artists and intellectuals joined the resistance.

Throughout this penetrating and unsettling account, Riding keeps alive the quandaries facing many of these artists. Were they “saving” French culture by working? Were they betraying France if they performed before German soldiers or made movies with Nazi approval? Was it the intellectual’s duty to take up arms against the occupier? Then, after Paris was liberated, what was deserving punishment for artists who had committed “intelligence with the enemy”?