Description
Elvis Cole's first appearance in The Monkey's Raincoat garnered Robert Crais the prestigious Anthony and Macavity awards as well as nominations for Edgar and Shamus honors. With the next two electrifying entries in this bestselling series, Stalking the Angel and Lullaby Town, the legion of Elvis fans expanded among readers and critics alike. Now in Free Fall Elvis gets caught up in his hottest case yet, a case that tests the limits of the human heart as Elvis uncovers a world of cops gone wrong in L.A.'s most explosive neighborhood.
Jennifer Sheridan has a good job, a great future, and an engagement ring from the man she loves, a member of an elite LAPD plainclothes unit operating in the war zone known as South Central Los Angeles. But her great future is suddenly in jeopardy - and it's her cop fiance who's the problem. Jennifer is certain that Mark Thurman is in some kind of trouble, and she wants Elvis Cole to find out what it is.
Elvis never could say no to a woman in love, so he takes on the case only to find that some jobs are easier than others: Before Elvis even has a chance to leave his office, Thurman himself drops by to discourage Elvis from proceeding with the investigation. Jennifer's suspicion that he's in trouble is off track, he says; there's no trouble, there's just another woman - it may not be pretty, but it's not criminal, either. Elvis's investigation seems to bear out Thurman's claim. Then he discovers the very thorough, nearly undetectable search someone has made of his office. Someone with a lot of practice at careful inspections. Someone like a cop.
Suddenly the case turns deadly as Elvis and his enigmatic partner Joe Pike plummet into a world of racist cops, South Central street gangs, and conspiracies of silence. But Jennifer Sheridan won't give up on her man so easily, and the case kicks over into white-hot overdrive as Elvis and Joe find themselves framed for a crime they didn't commit, and L.A.'s deadliest street gang targets Mark and Jennifer for execution. With time running out for the couple, Elvis and Joe become men on the run with targets pinned to their hearts - and the entire LAPD hot on their trail.
Free Fall is Elvis Cole at his sharp-witted, sharp-tongued, softhearted best, a scorching page-turner with a clear focus on today's headlines that further establishes Elvis Cole as the superstar detective of the decade.
Also in This Series 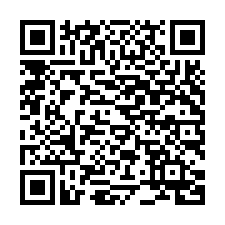