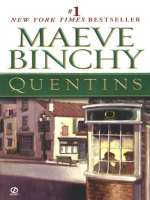 Description
Maeve Binchy follows the enormous success of Scarlet Feather with a new book, Quentins, that delivers the hallmark storytelling that has kept her millions of fans happy for more than twenty years.

Is it possible to tell the story of a generation and a city through the history of a restaurant? Ella Brady thinks so. She wants to film a documentary about Quentins that will capture the spirit of Dublin from the 1970s to the present day. After all, the restaurant saw the people of a city become more confident in everything, from their lifestyles to the food that they chose to eat. And Quentins has a thousand stories to tell: tales of love, of betrayal, of revenge; of times when it looked ready for success and of times when it seemed as if it must close in failure.

In Maeve Binchy's magical new book you will meet new friends and old. The twins from Scarlet Feather, Signora from Evening Class, and Ria from Tara Road all drop by, as do a host of new friends-Mon, the ever-cheerful Australian waitress, and Blouse Brennan, whose simplicity disguises a sharp mind and a heart of gold.

Quentins is presided over by the apparently unflappable Patrick and Brenda Brennan, whose efforts have made the place a legend in the life of Dubliners and visitors alike. But even the Brennans have a story, and a problem, that is hidden from the public gaze.

As Ella uncovers more and more of what has gone on at Quentins, she begins to question the wisdom of capturing it all in a documentary. Are there some stories that are too sacred to be told, some secrets that must be kept? By getting to know the people that pass through the doors of Quentins, Ella has finally gotten to know herself.
Also in This Series 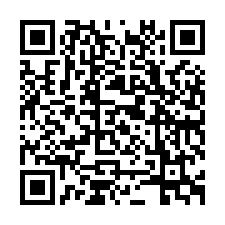