The inspector and silence »

The inspector and silence: an Inspector Van Veeteren mystery

It’s a sweltering summer in Sweden and Chief Inspector Van Veeteren is long overdue for a holiday when a secretive and dubious religious sect comes under investigation. One of its members, a girl on the cusp of adolescence, is found dead in the forest near their holiday camp, brutally raped and strangled; the discovery of her body has been phoned in by an anonymous caller. The members of the sect, the Pure Life, are led by Oscar Yellinek, a charismatic but unnervingly guarded messiah figure. In an act that mystifies and infuriates Van Veeteren and his associates, the members of the Pure Life choose to remain silent about the incident rather than defend themselves. But an unidentified woman is continuing to assist the authorities, and her knowledge suggests she’s more than just a passing Good Samaritan. Her tips become doubly perplexing as a new string of increasingly horrifying crimes defy everything Van Veeteren and his team thought they knew about the case. A riveting new addition to Håkan Nesser’s acclaimed series, The Inspector and Silence is suspense at its haunting best. 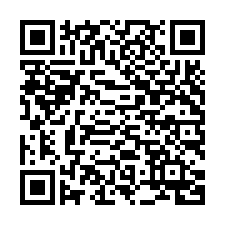