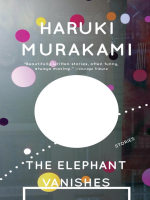 Description
When his novel A Wild Sheep Chase was published in 1989, Haruki Murakami was hailed in The New York Times as "a mythmaker for the millennium, a wiseacre wise man." With Hard-Boiled Wonderland and the End of the World - his second novel to appear in English - his reputation as one of Japan's boldest writers at work today was firmly secured. Now, with The Elephant Vanishes, we have his first collection of short stories.
Murakami renders a world in which an aura of surrealism pervades everyday life: cause and effect change place, memory and illusion change the shape of the present moment, the most ordinary thoughts and actions result in the most unexpected revelations and events. And so it is in these seventeen spare, mesmerizing, serenely funny stones.
The narrator of the title story - obsessed with the unaccountable disappearance of an elephant from the local elephant house - thinks he may have glimpsed what only seems impossible . . . the protagonist of another story knows that she has taken part in an impossible reality when she telepathically slays a small green monster who has just proposed marriage to her . . . a store clerk's reply to a letter of complaint reveals the vast clutter of his own thoughts, at the center of which hangs his theory of "The Nobility of Imperfection". . sleeplessness becomes a foretaste of death for a young mother. . . a man's life is invaded by TV People who may be illusory but nonetheless have a surer sense of what's really going on than he does. . . a young man invited into the carefully preserved room of a stranger's absent daughter begins to sense the armature of fiction beneath the malleable surface of recollection.
The Elephant Vanishes invites us to see what might otherwise remain hidden: the sure existence of the inexplicable - both chaotic and comic - in the demure dailiness of life. It is a continually surprising, altogether remarkable collection of stories.
Also in This Series 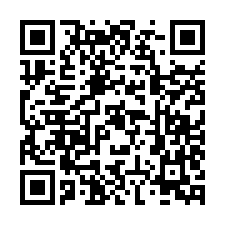