Description
Some sins can’t be forgiven…because some sins no one survives.New York Times bestselling author Kay Hooper has touched our darkest fears but none so dark as in her latest thriller. Here’s a psychopath who lures his victims with a promise no one can resist…and demands a price no one would knowingly pay.Young, vulnerable, attractive, Tessa Gray made the perfect victim. Which was why Noah Bishop of the FBI’s Special Crimes Unit recruited her to play the role of grieving widow. As the supposed new owner of property coveted by the Church of the Everlasting Sin, she’d be irresistible bait for the reclusive and charismatic Reverend Samuel. His fortified compound in the mountains near Grace, North Carolina, had been the last known residence of two women murdered in ways that defied scientific explanation.Though hardly as naive or as vulnerable as she appears, Tessa knows she has a lot to learn about using her unique gift. She also knows that Bishop and the SCU have to be desperate to rely on an untried psychic agent in an undercover operation so dangerous. And desperate they are. For the killer they’re hunting is the most terrifying they’ve ever faced and shakes even the most seasoned agents: a soulless megalomaniacal cult leader who can use their own weapons, talents, and tactics against them.By entering the cult’s well-guarded compound, Tessa will be exposing herself to the dark magnetism of a psychopath on an apocalyptic crusade of terror that spares no one, not even the youngest victims. And Samuel has protected himself within a fanatically loyal congregation, many of whom occupy surprising positions of power within the community. Even Grace’s chief of police, Sawyer Cavenaugh—a man Tessa will have to trust with her life—may be unable to protect her. Because no one, not even Tessa herself, can guarantee she’s strong enough to resist—or powerful enough to battle—a killer who’s less than human.
Also in This Series 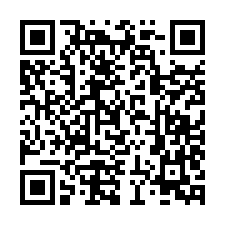