Renegade: The Making of a President Barack Obama 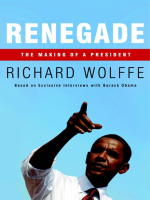 Description
This audiobook is the previously untold and epic story of how a political newcomer with no money and an alien name grew into the world’s most powerful leader. But it is also a uniquely intimate portrait of the person behind the iconic posters and the Secret Service code name Renegade.

Drawing on a dozen unplugged interviews with the candidate and president, as well as twenty-one months covering his campaign as it traveled from coast to coast, Richard Wolffe answers the simple yet enduring question about Barack Obama: Who is he?

Based on Wolffe’s unprecedented access to Obama, Renegade reveals the making of a president, both on the campaign trail and before he ran for high office. It explains how the politician who emerged in an extraordinary election learned the personal and political skills to succeed during his youth and early career. Richard Wolffe shares with us his front-row seat at Obama’s announcement to run for president on a frigid day in Springfield, and his victory speech on a warm night in Chicago. From a teacher’s office in Iowa to the Oval Office in Washington, we see and hear Barack Obama with an immediacy and honesty never witnessed before.
Also in This Series 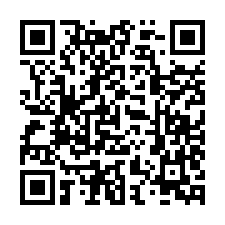