Last to die: a novel 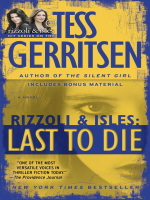 “Suspense doesn’t get smarter than this. Not just recommended but mandatory.”—Lee Child

For the second time in his short life, Teddy Clock has survived a massacre. Two years ago, he barely escaped when his entire family was slaughtered. Now, at fourteen, in a hideous echo of the past, Teddy is the lone survivor of his foster family’s mass murder. Orphaned once more, the traumatized teenager has nowhere to turn—until the Boston PD puts detective Jane Rizzoli on the case. Determined to protect this young man, Jane discovers that what seemed like a coincidence is instead just one horrifying part of a relentless killer’s merciless mission.

Jane spirits Teddy to the exclusive Evensong boarding school, a sanctuary where young victims of violent crime learn the secrets and skills of survival in a dangerous world. But even behind locked gates, and surrounded by acres of sheltering Maine wilderness, Jane fears that Evensong’s mysterious benefactors aren’t the only ones watching. When strange blood-splattered dolls are found dangling from a tree, Jane knows that her instincts are dead on. And when she meets Will Yablonski and Claire Ward, students whose tragic pasts bear a shocking resemblance to Teddy’s, it becomes chillingly clear that a circling predator has more than one victim in mind.

Joining forces with her trusted partner, medical examiner Maura Isles, Jane is determined to keep these orphans safe from harm. But an unspeakable secret dooms the children’s fate—unless Jane and Maura can finally put an end to an obsessed killer’s twisted quest.

“[Gerritsen] has an imagination that allows her to conjure up depths of human behavior so dark and frightening that she makes Edgar Allan Poe and H. P. Lovecraft seem like goody-two-shoes.”—Chicago Tribune

“One of the most versatile voices in thriller fiction today.”—The Providence Journal

“The kind of book you’d read in one sitting.”—Chicago Sun-Times
Also in This Series 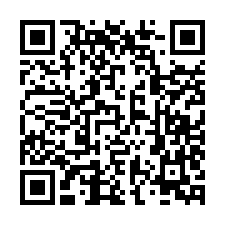