House of Prayer No. 2: A Writer's Journey Home 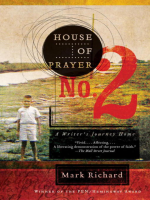 Description
Award-winning author Mark Richard delivers a fascinating and unique memoir. Born in the South with deformed hips, Richard was tagged a “special” child. Nothing was expected of him. But as a young man, he decided to strike out and experience as much of our strange world as he possibly could.

“No one writes like him. His prose style is both hammerblow and shrapnel. He has written the book of his life.”—Pat Conroy
Also in This Series 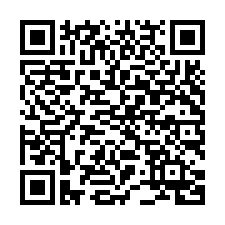 Called a “special child,” Southern social code for mentally—and physically—challenged children, Richard was crippled by deformed hips and was told he would spend his adult life in a wheelchair. During his early years in charity hospitals, Richard observed the drama of other broken boys’ lives, children from impoverished Appalachia, tobacco country lowlands, and Richmond’s poorest neighborhoods. The son of a solitary alcoholic father whose hair-trigger temper terrorized his family, and of a mother who sought inner peace through fasting, prayer, and scripture, Richard spent his bedridden childhood withdrawn into the company of books.
As a young man, Richard, defying both his doctors and parents, set out to experience as much of the world as he could—as a disc jockey, fishing trawler deckhand, house painter, naval correspondent, aerial photographer, private investigator, foreign journalist, bartender and unsuccessful seminarian—before his hips failed him.  While digging irrigation ditches in east Texas, he discovered that a teacher had sent a story of his to the Atlantic, where it was named a winner in the magazine’s national fiction contest launching a career much in the mold of Jack London and Mark Twain.
A superbly written and irresistible blend of history, travelogue, and personal reflection, House of Prayer No. 2 is a remarkable portrait of a writer’s struggle with his faith, the evolution of his art, and of recognizing one’s singularity in the face of painful disability.  Written with humor and a poetic force, this memoir is destined to become a modern classic.
format_addison
eAudiobook
eBook
format_category_addison
Audio Books
eBook
id
2dad825e-4865-1655-67fb-be06613ec918
isbn
9780385534062
9781461820628
last_indexed
2023-01-31T10:16:13.615Z
lexile_score
-1
literary_form
Non Fiction
literary_form_full
Non Fiction
local_callnumber_addison
Online OverDrive
owning_library_addison
Addison Public Library Online
owning_location_addison
Online OverDrive Collection
primary_isbn
9781461820628
publishDate
2011
2012
publisher
Knopf Doubleday Publishing Group
Recorded Books, Inc
recordtype
grouped_work
subject_facet
Authors, American -- 20th century -- Biography
Richard, Mark, -- 1955-
title_display
House of Prayer No. 2 A Writer's Journey Home
title_full
House of Prayer No. 2 A Writer's Journey Home
House of prayer no. 2 : a writer's journey home [electronic resource] / Mark Richard
title_short
House of Prayer No. 2
title_sub
A Writer's Journey Home
topic_facet
Authors, American
Biography & Autobiography
Nonfiction
Religion & Spirituality
Richard, Mark