Gregor and the Curse of the Warmbloods: The Underland Chronicles, Book 3 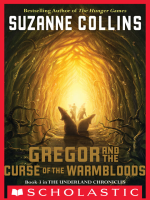 Description
Rich in suspense and brimming with adventure, the New York Times-bestselling Underland Chronicles unfold the fate of the Underland and the great warrior, Gregor. Suzanne Collins is also the author of the bestselling Hunger Games trilogy.

PRAISE FOR Gregor and the Curse of the Warmbloods

“Collins does a grand job of world-building, with a fine economy of words…. Unlike Gregor, who cannot wait to leave, readers will likely find [the Underland] to be a fantastically engaging place.”
–Publishers Weekly, starred review

Book Two left off with Gregor reading the Prophecy of Blood: a prophecy that calls for Gregor and Boots to return to the Underland to help ward off a deadly plague. But this time, Gregor’s mother refuses to let him return to the Underland . . . until the rat Ripred assures the family that Gregor and Boots are just needed for a short meeting, which the crawlers will attend only if their “princess” Boots is present. Gregor’s mom finally relents, on the condition that she go with them. The Underland plague is spreading, and when one of Gregor’s family is stricken, he begins to understand his role in the Prophecy of Blood, and must summon all his power to end the biological warfare that threatens the warmblooded creatures of the Underland. Fans of Suzanne Collins’s acclaimed fantasy series will find more suspense and action than ever in this thrilling third saga.
Also in This Series 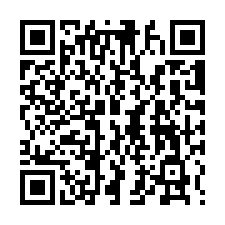