In my father's country »

In my father's country: an Afghan woman defies her fate

Description
Born in Kabul, Afghanistan, at age three Saima Wahab watched while her father was arrested and taken from their home by the KGB. She would never see him again. When she was fifteen an uncle who lived in Portland, Oregon brought her to America. Having to learn an entire new language, she nonetheless graduated from high school in three years and went on to earn a bachelor's degree. In 2004 she signed on with a defense contractor to work as an interpreter in Afghanistan, never realizing that she would blaze the trail for a new kind of diplomacy, earning the trust of both high-ranking U.S. army officials and Afghan warlords alike.When she arrived in Afghanistan in the winter of 2004, Saima was among the few college-educated female Pashto speakers in the entire country. She was stunned to learn how little U.S. and coalition forces knew about the Pashtun, who comprise 40% of the population and from whom the Taliban arose. The blessing of the Pashtun is essential, but the U.S. army was so unaware of the workings of this ancient, proud, insular ethic group, that they would routinely send Farsi interpreters into Pashtun villages. As a Pashtun-born American citizen, Saima found herself in an extraordinary position—to be able to explain the people of her native land to those of her adopted one, and vice versa, in a quest to forge new and lasting bonds between two misunderstood cultures.In My Father’s Country follows her amazing transformation from child refugee to nervous Pashtun interpreter to intrepid “human terrain” specialist, venturing with her twenty-five-soldier force pro-tection into isolated Pashtun villages to engage hostile village elders in the first, very frank dialogue they had ever had with the Americans.From her posting at the forward operating base Farah in Afghanistan’s blistering western frontier to the year she spent in Jalalabad translating for provincial governor “Hollywood Pashtun” Sherzai to the near-suicide missions of a year and a half in the Khost Province, where before every mission, she left instructions on how to dispose of her belongings, having to face the very real possibility of not coming back alive, Saima Wahab’s is an incomparable story of one young woman’s unwavering courage and undaunted spirit.
Also in This Series 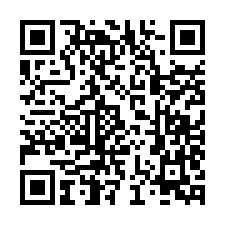