The rule of thoughts »

The rule of thoughts

Description
From James Dashner, the #1 New York Times bestselling author of the Maze Runner series, which includes The Maze Runner—now a #1 movie worldwide—and The Scorch Trials—soon to be a major motion picture from Twentieth Century Fox that hits theaters on September 18, 2015—comes The Rule of Thoughts, the exciting sequel to The Eye of Minds. Fans of the Divergent series by Veronica Roth and The Hunger Games will love the new Mortality Doctrine series.
Michael completed the Path. What he found at the end turned everything he’d ever known about his life—and the world—completely upside down.
He barely survived. But it was the only way VirtNet Security knew to find the cyber-terrorist Kaine—and to make the Sleep safe for gamers once again. And, the truth Michael discovered about Kaine is more complex than they anticipated, and more terrifying than even the worst of their fears.
Kaine is a tangent, a computer program that has become sentient. And Michael’s completing the Path was the first stage in turning Kaine’s master plan, the Mortality Doctrine, into a reality.
The Mortality Doctrine will populate Earth entirely with human bodies harboring tangent minds. Any gamer who sinks into the VirtNet risks coming out with a tangent intelligence in control of their body.
And the takeover has already begun.

Praise for The Rule of Thoughts, book two in the Mortality Doctrine series:

"[An] excellent sequel...smartly paced and paired with well-balanced characters that feel real."-Kirkus Reviews

Praise for The Eye of Minds, Book One in the Mortality Doctrine series

“More realistic and addictive than any video game—The Eye of Minds sucked me in from the very first page. The Girl with the Dragon Tattoo meets The Matrix in a vividly rendered world of gamers, hackers, and cyber-terrorists. I can’t wait to read the next book in the series!”—Kami Garcia, #1 New York Times bestselling coauthor of Beautiful Creatures and author of Unbreakable

“Full of action [and] a rather surprising twist that will leave you flipping pages."—fanboynation.com

“In typical Dashner style, this is quick and involving, with the main frustration being the wait time until the next book.”—Booklist

“High on concept, this is an intriguing read for the digital generation.”—Kirkus Reviews

"Dashner once again creates a dystopian world in which nothing is what it seems."-VOYA 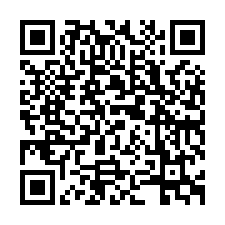