The burglar on the prowl »

The burglar on the prowl

"I don't play cards with men named Doc, or eat at places called Mom's. Or drink before I burgle. . . . It is, I should point out, not a career I would recommend for anyone. The fact that I evidently can't give it up doesn't mean I'm not well aware of the disagreeably sordid nature of what I do."

Acclaimed New York Times bestselling author Lawrence Block returns with one of his most inspired and popular characters: the extraordinary Bernie Rhodenbarr. Antiquarian bookseller by day, burglar by night, Bernie has an innate knack, a gift, for getting into places designed to keep him out.

Sophisticated yet down-to-earth, philosophical yet practical, Bernie is a gentleman who knows and loves his territory, the gloriously diverse and electric streets of Manhattan; a connoisseur who surrounds himself with the finer things in life, including his tailless Manx tabby, Raffles, and good friends like his neighbor Carolyn. In fact, it's a friend who gets him in his latest jam. Bernie is minding his own business when he's asked for a favor -- a neat, uncomplicated bit of vengeful larceny that will reap a tidy profit -- an offer the intrepid thief can't refuse.

But with a few days to go before the crime, Bernie gets restless. So what does a burglar do to change his mood? Go on the prowl, of course. Though not the best way to do business, as he well knows. This bit of prowling lands Bernie in a pile of trouble that includes four murders and the burglary of his own home. Caught in the center of a deadly mystery, he must use his wits and wiles to connect the dots and add up the coincidences. Because if Bernie doesn't catch a killer, he'll lose not only his freedom but his life.

Infused with the rich atmosphere of New York City and filled with a smart, charming cast of characters headed by the stylish Bernie, The Burglar on the Prowl is an engaging and delightfully suspenseful tale sure to be savored by Block fans old and new. 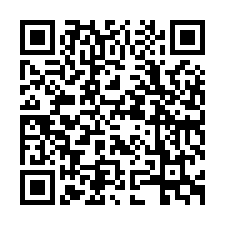