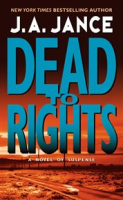 Description
As the daughter of a local lawman, Joanna learned early about the world's evils, and felt uniquely prepared for even the worst cards life could deal her. But when her young husband, an Arizona policeman, was murdered - leaving her a widow and the single mother of a nine-year-old girl - it was time to fold or play, and Joanna played to win. Not only did she expose the criminal conspiracy that had robbed Andy Brady of his life, but she bluffed her way into the position that, by rights, should have been his: Sheriff of Cochise County.
Attempting to put her pain on the back burner, Joanna struggles daily to find the strength to go on - as mother to Jenny...and as the leader of her silently doubting deputies. Those doubts have become considerably more vocal now that Joanna has placed herself out on a limb as the only believer in ex-cop Hal Morgan's innocence.
On the day when Bonnie Morgan should have been celebrating a joyous nineteenth wedding anniversary, she was fatally mowed down by a drunk driver while crossing a street in downtown Phoenix. Her husband Hal has never stopped protesting the wrist-slap of a sentence that passed for justice. So when the driver is found almost a year to the day later, baked to a crisp in his smoldering barn, all fingers point to still-grieving widower Hal.
All fingers, that is, except Sheriff Joanna Brady's.
Refusing to accept the easy answer to a seemingly open-and-shut case of murder - battling the predictable charges of sympathy-run-amok that have been lowered by her seasoned underlings - Joanna is suddenly caught in a maelstrom of danger and deception. As she trails the truth from a ghostly mining camp to the rocky spires of the Chiricahua National Monument, gut instinct quickly evolves into the will to survive when Joanna finds herself not only upholding the law but, instead, battling for her own life. Because now a killer is turning his sights on her.
Also in This Series 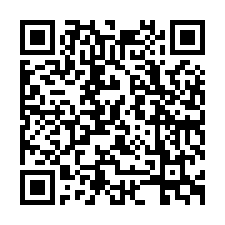