Description
Atlanta is temporarily distracted from its pre-Olympic frenzy by the sensational case of Whitney Dobbs, the wealthy, white ex-wife of a prominent cardiologist, who ran over a little black girl while driving drunkenly through a park. With the aid of a wily lawyer, she has managed to get off with a misdemeanor charge plus a few hours of community service, and the city is outraged. So when Whitney is shot to death while picking up roadside trash (as part of her community service), people seem happy to accept the cops' verdict that she's just another casualty of a neighborhood where the chief hobby is indiscriminate shooting. Callahan had been doing some detective work on Whitney's spectacularly messy divorce before the shooting and now she's been hired by Whitney's daughter to track down the killer. Callahan uncovers suspects from every social stratum: the parents of the girl Whitney killed, Whitney's greedy ex-husband, and his fluffily malevolent new gal pal. Only a crazy man witnessed Whitney's murder and he communicates solely via biblical riddles and allegorical paintings.As she races to uncover the killer before she herself gets killed, Callahan's riotous personal life rattles along at full throttle. Her hated sister and brother-in-law move in while their house is being renovated (for renting out during the Olympics), her irascible mom, Edna, suffers some (literal) heart trouble of her own, and the rogues' gallery of "girls" in her employ offer a wealth of comic relief - from unusual table settings to impotent emus.
Also in This Series 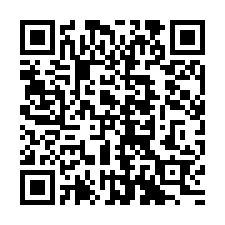