Murder of a Creped Suzette »

Murder of a Creped Suzette 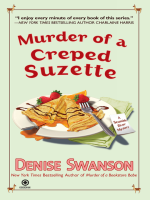 When mega-millionaire and imitation cowboy Rex Taylor proposes building a country music theater in Scumble River, everyone's ready to do the boot-scootin' boogie except school psychologist Skye Denison. She's been asked by Suzette Neal, Rex's assistant and a rising country star, to investigate her mother's suspicious death twenty-seven years earlier. No sooner does Skye agree to help than she finds Suzette literally flattened -- and very dead.

Now there are two mysterious deaths -- a mother and twenty-seven years later, her daughter. Suspicion seems to be hovering over Suzette's inner circle: Rex's jealous wife, a mysterious man in a black pickup truck, and the sizzling-hot singer Flint James, who also happens to have been Suzette's bitter rival for country-western fame.

With a honky-tonk full of suspects and a tangled web of motives that stretches back two decades, Skye already knows too much. She must rise to the occasion or she could be the next one to end up flat as a crêpe suzette. 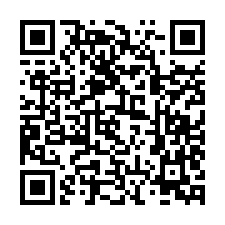