Description
There is surely nothing more peaceful than the Yorkshire Moors in autumn, or so Scotland Yard Superintendent Duncan Kincaid supposes when he takes on the unlikely role of time-share holder at stately Followdale House in northern England.Newly promoted, weary from overwork, Kincaid opts for a holiday "incognito," relaxing with just a few good books. Some of his fellow guests have been to the time-share hotel before. Others are newcomers.One is a killer.Kincaid's anonymity comes to an abrupt end when a new acquaintance is found murdered in the hotel's whirlpool bath. It's convenient that a Scotland Yard man should be on the scene, but not so serendipitous for Kincaid.With help from his clever, down-to-earth Sergeant, Gemma James, Kincaid searches for a hidden connection between victim and suspects. Could the murderer be Cassie Whitlake, the provocative time-share manager with a unique social-climbing agenda? Or one of the MacKenzie sisters, eccentric spinsters on holiday from their goat farm in Dedham Vale? Or Graham Frazer, the brash insurance salesman who is accompanied by his unhappy fifteen-year-old daughter? Or does one of the other guests or staff have a secret worth killing for?Kincaid, at odds with the local officer in charge of the case, also struggles with his developing friendship with the intriguing scientist Hannah Alcock.When the killer strikes again, Kincaid and Gemma must pool their knowledge as together they move toward a startling confrontation with the murderer.A Share in Death places author Deborah Crombie among the gifted new crime writers who add freshness and vitality to the traditional detective novel form. Readers everywhere will love the compassionate and engaging Duncan Kincaid and his associate Gemma James, a heroine for the nineties.
Also in This Series 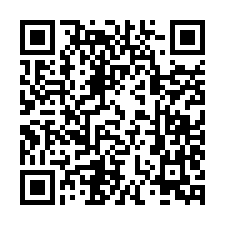